OCD is the war I fight every single day, and my brain is the battlefield I can’t escape. 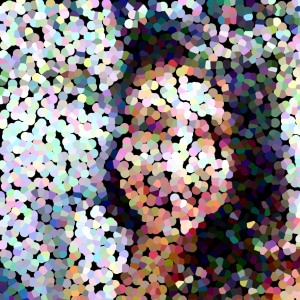 OCD is what I refer to as the “doubt monster” – it can take away any sort of happiness, and it feeds on making you miserable.

When I was young I learned about AIDS. One time I accidentally had a drink from someone else’s straw and I got paranoid: “what if somehow I had contracted it?” I would check myself for cuts all over my body, just in case I had some unprotected skin and somehow someone’s HIV-positive blood had come in. I would have anxiety attacks if I read about AIDS, anxiety filling up my entire body. I would freak out: “what if the doctor accidentally used an old needle on me?” Or “that one time I walked outside barefoot, did I step on an infected needle?” Even though I understood you couldn’t get AIDS like that, my mind would not believe it. Research only gave me temporary relief, and that lasted a second. OK, none of those ways could have, but what if the pedicure tools gave me AIDS? Every time I logically disproved one thought, another one would pop up and the cycle would start again.

Another time I was the pregnant virgin. What if I’m pregnant ? My stomach is bloated – it must be so, somehow. Hadn’t even gotten my period yet; I didn’t even know what sex was.

I had loved a guy for six years, and then I met the love of my life and I started freaking about our long distance, like what if it didn’t work? And then the thought came in my head: “what if you’re a lesbian?”, just like that. Anxiety flooded my body once again; my heart stopped. Research and research later, it didn’t matter that I had never been attracted to a girl before – what if my close friendships were attraction and I didn’t know it? It didn’t matter that I loved a guy very deeply for six years. It was like OCD had suppressed all the reason or counter-arguments – it often felt like it tampered with my memories, denying me access to them.

I finally sought help. Before this it was me living a life of misery, but now I consider myself a warrior, and the one thing I have learned is that I have immense courage. I would totally be in Gryffindor.

OCD is waking up fighting. Sometimes I break down crying because I am so exhausted from fighting. Sometimes it seems like I cannot do this anymore, not for another second. The best thing is to let it be and live your life – that’s how it subsides. But that too is a fight – a fight for your life.

It hurts me when people say they have OCD because they’re clean freaks. I want to say, “no you do not. I do. I have lived it, and I live through it every single day.”

It changes its nature very, very often. I can be having a perfectly good day and then it’ll try to convince me that my very loving boyfriend, who has supported me through this whole thing, is cheating on me – he has to be, it’s just not possible that he’s not.

You don’t have OCD when you like cleanliness – you have OCD when the intrusive thoughts disturb your life so much that living is now your battle, and happiness is a desperate wish. It belittles my battles when people who haven’t suffered say they have, in a casual way. Trust me, if you really had OCD it wouldn’t be something you laughed about. It is my nightmare even when I’m awake.

There is no peace within you with OCD, but I have overcome a lot with my courage, with support from loved ones, and by asking for help when I needed it. If you suffer, please don’t suffer in silence.

OCD is when you lose yourself, and that’s the worst sort of loneliness one can experience. It took away me from me, and made me feel like I was just a shell inside my body – there was no soul. It was all empty.

I had OCD with a side of depression, but I asked for help. That’s one of the bravest things I did. Some of the people told me, “are you a control freak? Snap out of it.” They even laughed at my thoughts and said it didn’t make sense – “just chill”. You can’t chill when there’s a running loop of intrusive thoughts that just won’t stop. Telling me I’m a control freak just made it seem like I am to blame, and telling me how the thoughts don’t make sense just made me feel stupid. I already know that on a rational level, but it’s a doubt monster for a reason – it takes away all rationality.