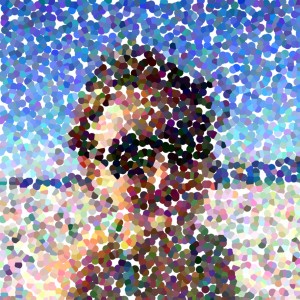 When I have an intrusive thought it makes me feel so anxious and horrified that I feel like I am a bad person for having it. OCD makes me feel like I am dirty and contaminated and makes me think I can cleanse myself by going to the loo. The urge to do this is fuelled by my fear that something bad could happen to me if I don’t, even though I know this isn’t true.

Although each person’s OCD is different, all OCD sufferers are united by the anxiety that they experience whenever an intrusive thought pops into their heads and the overwhelming urge to perform a ritual rises inside them. There are so many misconceptions about OCD, which affects around 1.2% of people and that needs to change.

Many people believe that OCD is someone who is a ‘neat freak’ or who is obsessed with cleaning everything. Whilst many OCD sufferers’ obsessions and compulsions are centred on cleanliness, there is a multitude of other symptoms seen in people with OCD. The reality is that it’s a complex and difficult illness, instinctively concealed by the sufferer and therefore often missed.

When people use the phrase, ‘I’m so OCD about….,’ it frustrates me, because you simply can’t be ‘so OCD’ about anything! OCD is a mental illness, not an adjective to be colloquially used by anyone. To use it casually without any real basis when I think of the darkest times I and so many others have been through makes me angry.

This is one of the misconceptions about OCD; whilst anyone can be a bit obsessive about tidiness, for example, most do not have any significant anxiety because of this.  OCD is caused by a chemical imbalance in the brain which leads to severe anxiety in sufferers whenever they come across a trigger for their OCD. There is a difference between being obsessive and having diagnosed OCD.

The other thing is, that you cannot be OCD; you can only be a sufferer, or someone who has OCD.

I am not OCD, I am a sufferer of OCD and I am so much more than my OCD. So to me, ‘I am OCD’ is wrong. OCD is an illness I suffer from, an illness caused by a chemical imbalance in my brain: it does not and will not define who I am. Hopefully with LOTS of hard work and motivation I can once again be free from it!