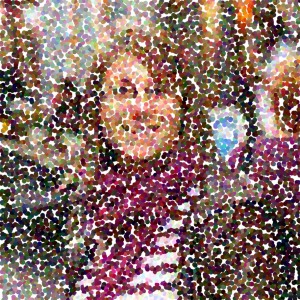 It would probably have been easier just to stop straightening my hair than battling the thoughts that, through my carelessness, I would leave something electrical on that would result in a fire and, ultimately, harm coming to others.

The thing is, I would regularly wake up convinced that today was the day I’d handle it. Today was the day when I would ignore the intrusive thoughts, get ready and just go to work. Sadly, it almost never worked and all too often it was simply easier to take things with me. And when that wasn’t practical, I would take photos of things, the plugs of things anyway, so that I could check later that everything at home was safe. It was just too hard to get out of the house otherwise. Otherwise, I’d be stuck thinking that I’d left something on, which was only a short step from thinking it must be on which quickly became: it must be causing harm. Within seconds the thought started to take an accusatory stand, and I’d be left convinced I’d deliberately left something on, that I’d wanted to cause something bad to happen. So yes, it was easier just to be able to check and that meant packing up unnecessary items and taking unnecessary photos.

It’s better now. I got some help and I haven’t taken anything out with me unnecessarily for a while now. The thoughts are often there though. The battle goes on.